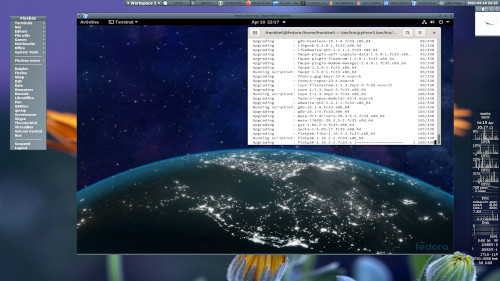 More stuff you can’t make up.

The Plasma desktop on Mageia v. 7. The wallpaper is from my collection. 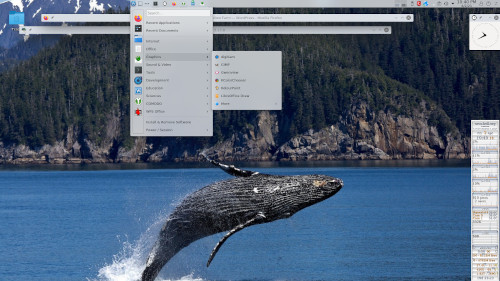 Mageia v. 7 with the Plasma desktop. The wallpaper is from my collection. 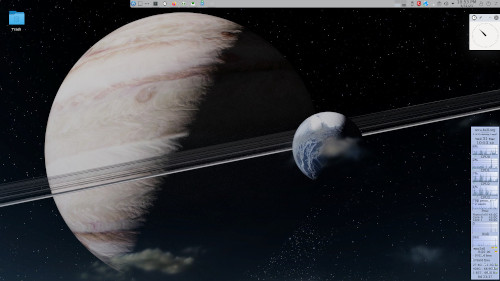 Frontiers in Psychology presents a study of those who participate in hate-full conduct on line and finds a common trait. The full report detailing the study’s methodology and findings is at the link; here’s a bit (emphasis added).

In the present study, we sought to investigate whether certain psychological characteristics can predict posting hating comments online. Our results showed that high scores on the Psychopathy subscale was a significant predictor of posting hating comments online; whereas age, sex, high scores on Frustration, Envy, narcissism, Machiavellianism, and Satisfaction with Life scales were non-significant predictors. Interestingly, high scores on the Scale of Envy almost reached a statistical significance (on the level of a strong trend).

It’s All about the Eyeballs 0

At Psychology Today Blogs, Susan A. Nolan and Michael Kimball cite research that persons care more about eyeballs than accuracy when they “share” stuff on “social” media. Here are their main points; follow the link for a discussion of each.

Mageia v. 7 with the Fluxbox window manager. The wallpaper is from my collection. 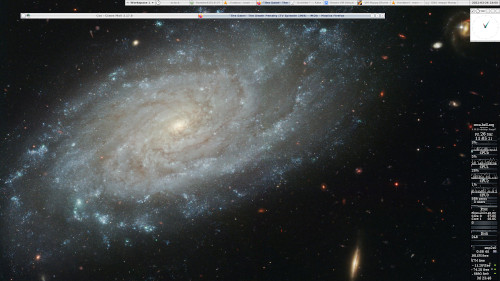 Zuckerborg assimilation frolics. Here’s a bit from the EFF’s deep dive into Facebook’s proposal for “reforming” the decades old law that regulation the internet; follow the link for the complete piece.

It’s galling that at the same time Zuckerberg praises Section 230 for creating “the conditions for the Internet to thrive, for platforms to empower billions of people to express themselves online,” he simultaneously calls on Congress to change the law to prevent any innovation or competition that could disrupt Facebook’s market position. Zuckerberg is admitting that after Facebook has benefited from Section 230, he doesn’t want any other competitor to do the same. Rather than take up Facebook’s proposal, Congress should instead advance meaningful competition and antitrust reforms to curtail the platform’s dominance.

I believe that law is long overdue for a second look. The central provision currently in question was designed to protect neutral platforms from liability for content posted by users.

At the time the law was enacted, the primary platforms were web hosting providers, BBSes, and services such as AOL and Compuserve.

But the Zuckerborg’s plan to perpetuate its predominance is not the way to go about it.

Rather, what we need is another Teddy Roosevelt.

The Plasma Desktop on Debian Buster/Sid on my new Thinkpenguin laptop. The wallpaper is from my collection. 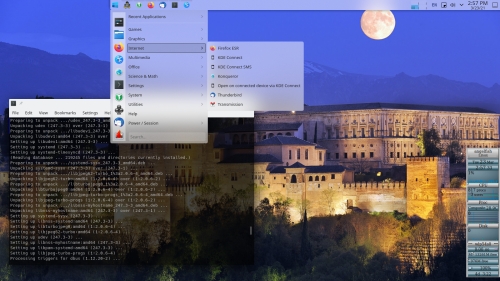 I do likes me my pretty pictures. 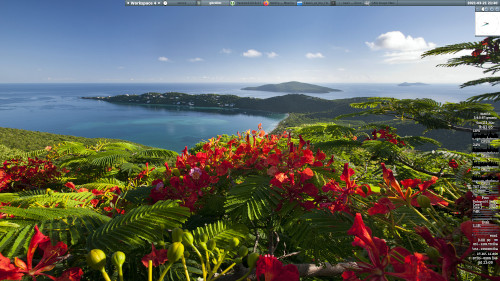 Ubuntu MATE with the Fluxbox window manager. The wallpaper is from my collection.

At Psychology Today Blogs, Matt Johnson looks at research which indicates that even the presence of a “smart” phone, say on a table or in a hand, can distract persons from their current activity, whether that activity is talking with a real live human being, doing a task, or solving a problem.

He sees attributes this to “counterfactual thinking.” Here’s a tiny bit

The smartphone represents an endless range of possible experiences. This proves to be incredibly stiff competition, making even the most interesting conversation seem unbearable by comparison. Like the songs of the Siren, our attention is warped by the mere prospect of what could be.

Listening to Agatha Christie’s They Do It with Mirrors from the Old Time Radio Theater in VLC on Ubuntu MATE with the Fluxbox window manager. The wallpaper is from my collection. 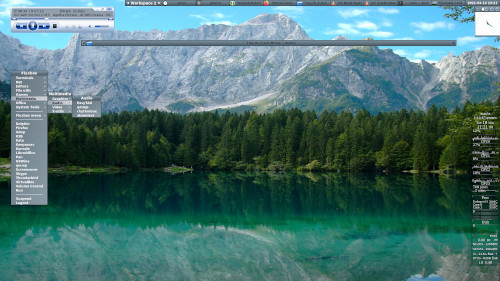 I’ve removed some entries from my blogroll because they have not been updated for some time or are no longer active; I do this from time to time. I shall add some new entries over the next few days.

END_OF_DOCUMENT_TOKEN_TO_BE_REPLACED

My new laptop from ThinkPenguin. I selected Debian for the distro, and it arrived in a timely fashion with a clean Debian install from the vendor. It’s pictured running the Plasma desktop environment; that’s swisswatch and GKrellM running on the right side of the screen. The wallpaper is from my collection. 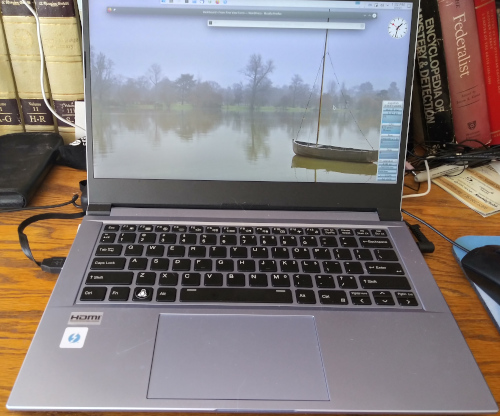 I do likes me my pretty pictures. This is Machu Picchu. 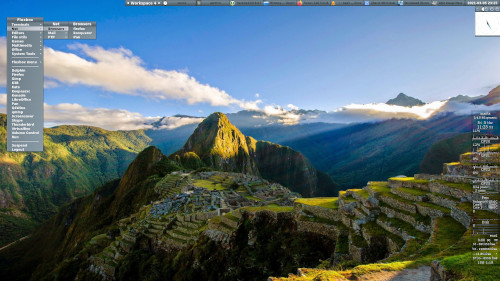 Ubuntu v. 20.10 in a VirtualBox virtual machine on Mageia v. 7 under the Fluxbox window manager. 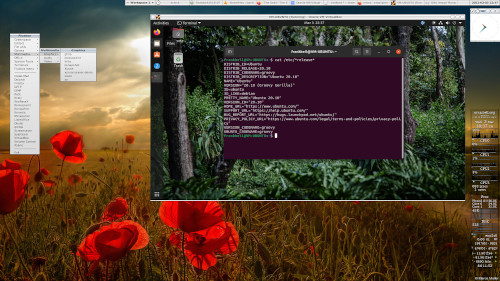 Listening to the Lord Peter Wimsey mystery, Clouds of Witness, from the Old Time Radio Theater, with the QMMP media player using the Winamp Catubi_3000 skin, on Ubuntu MATE with the Fluxbox window manager. The wallpaper is from my collection. (One of the things I like about QMMP is that I can use my collection of Winamp skins with it.) 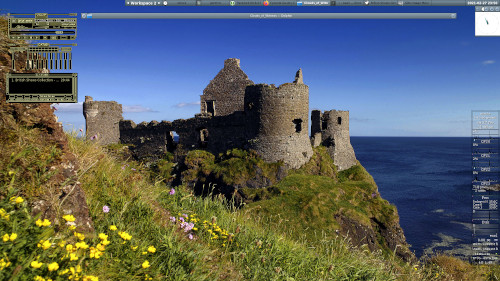 It’s All about the Algorithm 0

The Bangor Daily News has a fascinating article how algorithms, which websites (particularly “social” media) use to promote “engagement” (that is, suck us in and keep us there), can go wrong. Here’s one example that the author gives:

In 2014, Amazon tried to develop a recruiting algorithm to rate the resumes of job candidates and predict who would do well. But, even though gender was not intended as a factor in the algorithm, it still favored men and penalized resumes that included the names of all-women’s colleges. This likely happened because Amazon had a poor record of hiring and promoting women, causing the training data used for the algorithm to repeat the pattern.

Happily, Amazon’s researchers caught the problem and, when they found they couldn’t fix it, scrapped the algorithm. But how many such situations have gone unnoticed and uncorrected? No one knows.

I commend it to your attention.

My old Zareason laptop started showing signs of age a couple of weeks ago. In particular, the display was going dark unpredictably (not blank–just dark). I’ve had it so long that I don’t remember how long I’ve had it. As my old mechanic in New Jersey used to say, it doesn’t owe me a dime. (Unfortunately, Zareason is no more; it has joined the ranks of businesses that have fallen victim to the pandemic, which is a damned shame, as Zareason was a pleasure to do business with; indeed, I’m typing this post on a Zareason desktop.)

So I spent today configuring my new laptop from ThinkPenguin, which arrived yesterday right on schedule.

I ordered it with Debian, which has long been one of my favorite Linux distros. ThinkPenguin installed Debian with the default desktop environment of Gnome. As I loathe Gnome with the fire of a thousand suns (Gnome spells “simplify” d-u-m-b-d-o-w-n), I installed KDE Plasma (in Linux world, multiple desktop environments can coexist quite nicely on the same machine) and started tweaking Plasma.

It’s almost where I want it, and I’ll have it all tuned up in a day or two. The top things left on my list are to configure the hosts* file, install and configure GKrellM, and set up a cron job to updatedb every night.

*Yeah, I know the link is to a Windows-centric site, but a Windows HOSTS file and a Linux hosts file work the same way, because they both must comply with internet standards. I’ve been using the MVPS hosts file for two decades in my campaign against pop-up windows, and it works quite nicely, thank you very much. 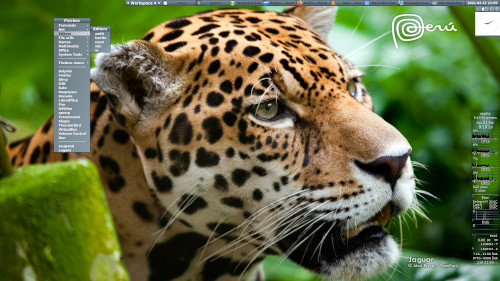