This fellow is in a bit of a pickle.

I’m sure he feels the doors Clausen in. No doubt he will complain that he got a raw dill.

At Above the Law, Elizabeth Dye notes that Donald Trump seems confused about a lot of things as to where he maintains his legal domicile.

Politeness is a family value.

A woman and her young daughter were wounded when a gun being handled by the woman’s husband inside a Riverside home appeared to have accidentally fired, a police spokesman said Tuesday, June 2.

(Riverside Police spokesman Officer Ryan–ed.) Railsback said the firearm was being handled by the woman’s husband, who is also the father of the girl, when it went off in the second floor of the home. The round went through the floor and hit the pair, who were on the first floor.

All That Was Old Is New Again 0

All political parties die at last of swallowing their own lies. 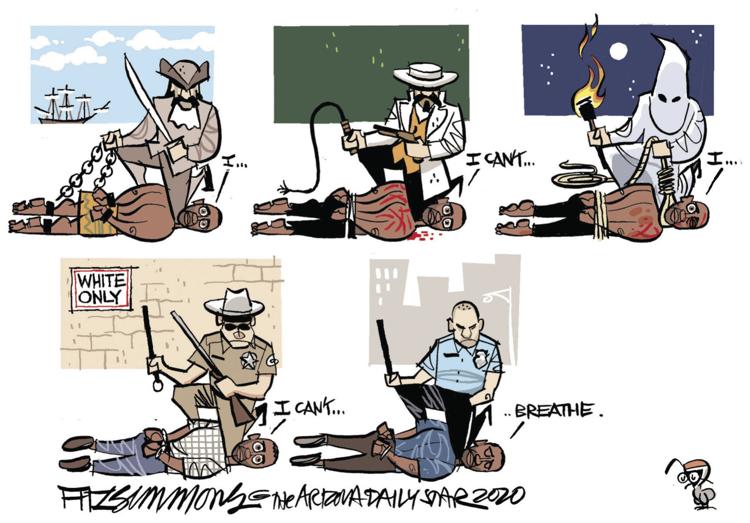 E. J. Montini explores the tactics of the Twitterer-in-Chief. A snippet:

Trump uses events like those in Minneapolis and Louisville and others to inflame his base. These days, it also distracts from COVID-19 news. 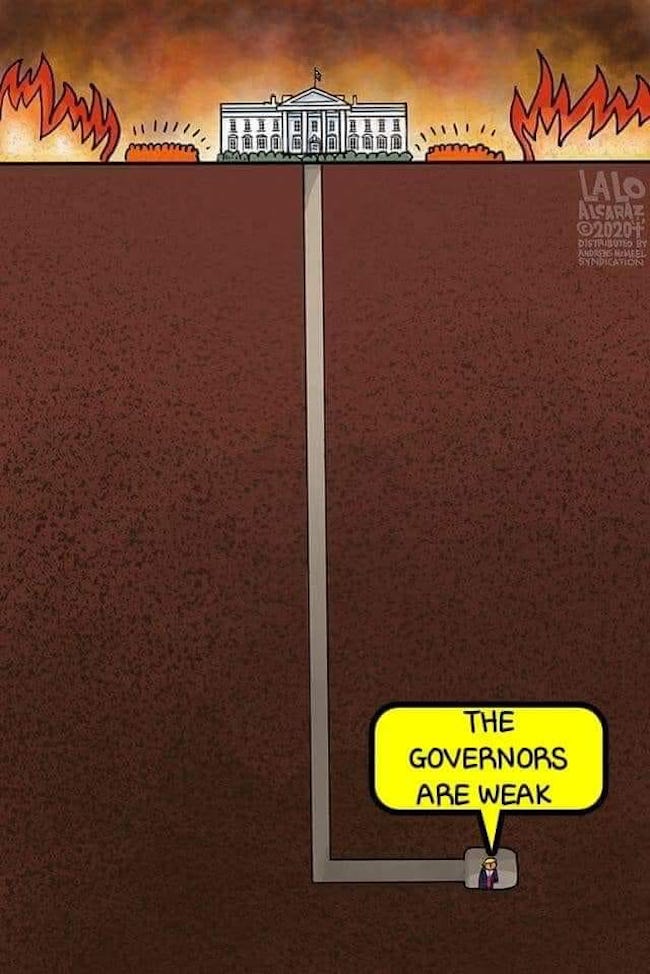 Note: When the caller is talking about Greenwood (a neighborhood in Tulsa, Oklahoma) and refers to the “18th and 19th” centuries, he has a slip of the tongue. I am certain that he meant to say either “Eighteen and Nineteen Hundreds” or “19th and 20th centuries.”

I think that the had a slip when he referred to , but meant to say “19th and 20th” centuries. 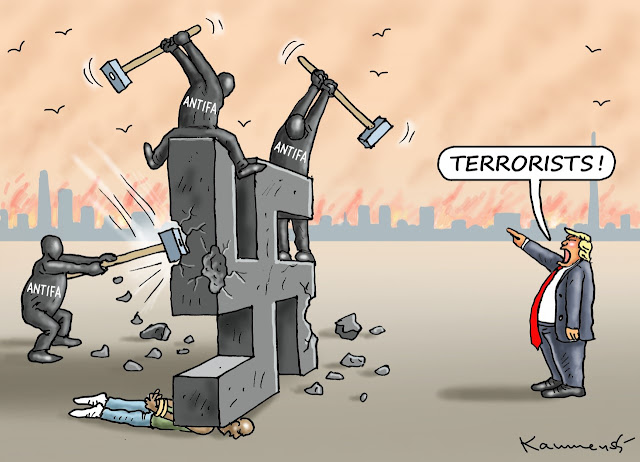 June 3, 2020 | Posted by: Frank | Posted in: "That Conversation about Race", Politics of Hate | Bookmark this post

Yet another frolicker racisms himself right out of a job.

I disagree with the Elizabeth Dye’s suggestion that this lawyer’s Facebook fail had anything to do with age. Stupidity and racism are independent variables from age.

As a rule, there is no surer way to the dislike of men than to behave well where they have behaved badly.

Will Bunch is less than sanguine.

June 2, 2020 | Posted by: Frank | Posted in: "That Conversation about Race", Enforcers, Politics of Hate | Bookmark this post

The Heritage of “Race” 0

The concept of separate and distinct human “races” is a social construct, and a poisonous one. We see evidence of that poison in the headlines every day and most emphatically in recent weeks.

It is also an artificial concept that, less than slightly more than four centuries after its birth, is taken by many as immutable and revealed truth.

At Psychology Today Blogs, Carolyn Purnell offers a brief history of the concept of “race.” I commend it to your attention; it is an especially timely read. A nugget:

Prejudices are as old as humankind, but the concept of “race” is not.

For centuries, the term “race” didn’t refer to humans. Instead, it defined the qualities one wanted in a hunting or war animal (e.g., a fast race of warhorses). By the mid-sixteenth century, the term had crossed over to humankind, but it referred only to the elite. For example, the Capetians were the “third race of kings,” after the Merovingians and Carolingians.

Basically, “race” referred to lineage and inherited characteristics, not to broad human groups.

The first modern use of the term possibly appeared in 1684, in an article by the French doctor François Bernier, but few people read Bernier’s work, and the idea was slow to catch on.

She admits this article is inherently superficial due to its brevity.

Strikingly missing from it, in my view, is sufficient emphasis on the influence of chattel slavery in the Americas, which gave wealthy, influential persons economic incentives to propagate the idea that persons of one skin color were inherently superior to persons of other skin colors.

A looter explains his actions.

Via The Bob Cesca Show Blog.

Matthew Lee Rupert, 28, is in custody in Chicago on charges of civil disorder, possession of unregistered explosives and participating in and organizing riots, making him the first person to face federal prosecution for allegedly taking part in the fires, looting and other violence that engulfed the Twin Cities since the death of George Floyd in police custody. He is scheduled to appear before a federal judge in Chicago later Monday.

Last Thursday night, Rupert posted on his public Facebook page an invitation for “goons” to join him in traveling to Minneapolis, where he said he was renting hotel rooms and planned to wreak havoc and “take hella good videos.”

More at the link.

Sam and his caller discuss the irrationality of equating a stay-at-home order during a pandemic with slavery or internment camps.

The Las Vegas Sun comments on the Trump administrations selling out public lands along with the public trust. Here’s a bit from the editorial:

“It looks like an effort to exploit COVID-19 to give away public resources in ways that are ultimately quite destructive,” said Mark Squillace, professor of natural resource law at University of Colorado Law School, in a story reported by High Country News.

Oil leasing and fracking threaten our natural habitat and rob us of acreage that supports our growing outdoor tourism industry. It also diminishes the scenic beauty of the region, bespoils land of cultural and religious significance to Native American communities, and poses a threat to our most vital resource — water.