If you are a mystery buff, as I am, you might want to check these out:

The Rivals of Sherlock Holmes, Vol. 1

The Rivals of Sherlock Holmes, Vol. 2

The American Rivals of Sherlock Holmes.

They are anthologies of short stories, mostly from the late Victorian and Edwardian eras, by authors contemporaneous with Arthur Conan Doyle. Some of the stories are, shall we say, better than others. Also, do not be surprised when some of the stories perpetuate the prejudices of their times (I’m thinking specifically of “The Affair of the Tortoise,” chapter 17 of The Rivals of Sherlock Holmes, Vol. 1).

Me, I’m currently (re-)reading the first Ellery Queen novel, The Roman Hat Mystery. I realize on rereading it what I did not remember from my first reading lo! those many years ago! It’s actually rather slow-moving and pedantic (but, then, so am I). I think the secret of its success, beyond the well-crafted mystery (and it is a well-crafted mystery) is the characterization, particularly the relationship between Ellery and his father, Inspector Queen.

In a way, that fits a theory of mine. I’ve long thought that the secret of a successful television series is the characters and their relationship. If the series pulls that off, fans will overlook the occasional lousy episode, because they like the characters. But I digress.

I am not sanguine.

At the San Francisco Chronicle, Erwin Chemerinsky and Dennis Aftergut argue that the new-fangled notion of Consititutional Originalism as its being applied applied to the Second Amendment* is killing us. A snippet:

In Jones (Jones v. Bonta–ed.), the fact that assault weapons have been used multiple times by individuals under the age of 21 to kill school children didn’t merit a mention in the majority opinion.

Simply put, there is no constitutional basis for saying that the original meaning of the Second Amendment was to protect the right of 18-to-20- year-olds to purchase a weapon of mass killing that didn’t exist when the amendment was adopted in 1791.

Nor is there the slightest indication that the Second Amendment was meant to invalidate age restrictions on purchasing firearms. This is important because, according to the nonprofit Everytown for Gun Safety, 18-to-20 year olds are responsible for homicides at three times the rate of adults 21 and older. The human brain does take time to mature.

*Said application is a bunch of mealy-mouthed double-talk. If the persons promoting it were true orginalists, they’d outlaw everything that wasn’t a flintlock musket, but that’s another post.

Off to drink liberally.

A Pillow of the Community 0

Court appears ready to tell Mike Lindell to get stuffed.

At Psychology Today Blogs, Michael Spivey runs the numbers and finds the correlation. A snippet:

If you compare the percentage of adults who own guns across all 50 states with the per capita gun deaths across those 50 states, the correlation is remarkable (Figure 1). States where more people own guns are the states that have high rates of gun deaths.

The correlation in Figure 2 does not even approach statistical significance. The prevalence of mental illness in a state does not appear to be playing a role in the prevalence of guns deaths in that state.

Follow the link for the more numbers and the figures to which he alludes.

He Said the Quiet Part Out Loud 0 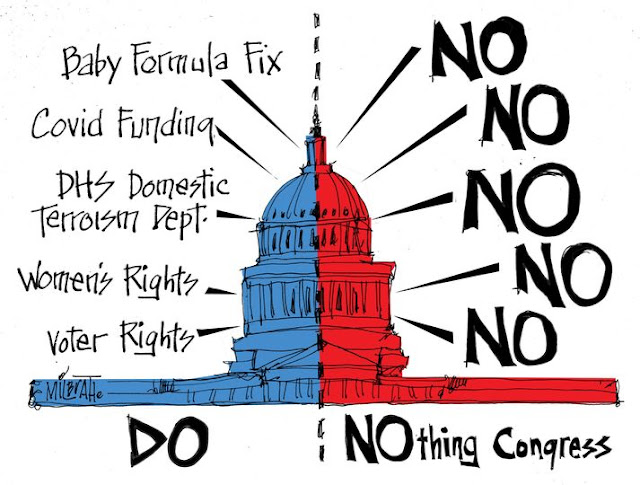 At the Las Vegas Sun, Cassandra Rice has a taxing thought:

Let’s do a thought experiment. Say that you made $100,000 a day. It would take you 6,947 years to catch up to Musk’s level of fortune. This wealth is obscene. That’s the only way to describe it, when millions of people are struggling with the basics; one person having that kind of wealth is obscene.

Yet, thanks to our skewed tax code, they won’t have to pay more in taxes like the rest of us do.

An anti-vaxxer debates Sam about vaccinations. The result is predictable.

Unfortunately, we have no vaccine against stupid.

Off to drink liberally. 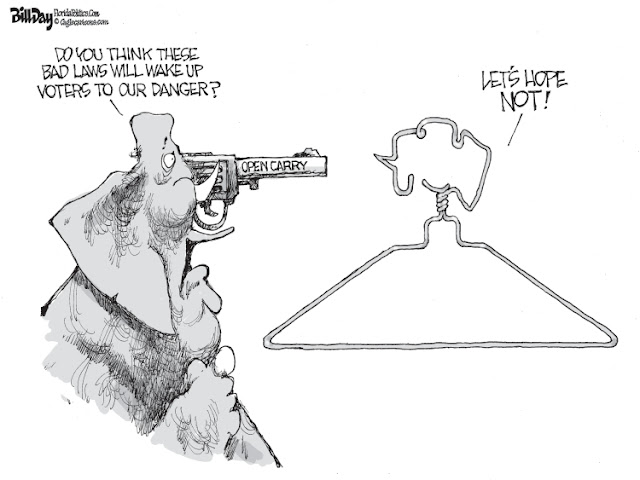 When I was a young ‘un, back in the olden days, my mother subscribed to both McCall’s and Ladies Home Journal, because that’s what housewives did in the 1950s and 1960s. I would read them, because I pretty much read anything and everything I can get my hands on.

Back-alley abortions were a frequent topic in those magazines. I can’t say I understood the details back then, but I understood that women were dying needlessly because they were desperate.

And Republicans want to bring those days back.

About the other co-conspirator, well, I’ve got a whole category for lead poisoners.

Words mean what she wants them to mean.

At Psychology Today Blogs, Adam Cohen looks at the issues gun control and abortion. He suggests that, as regards both issues, some persons reason backwards. 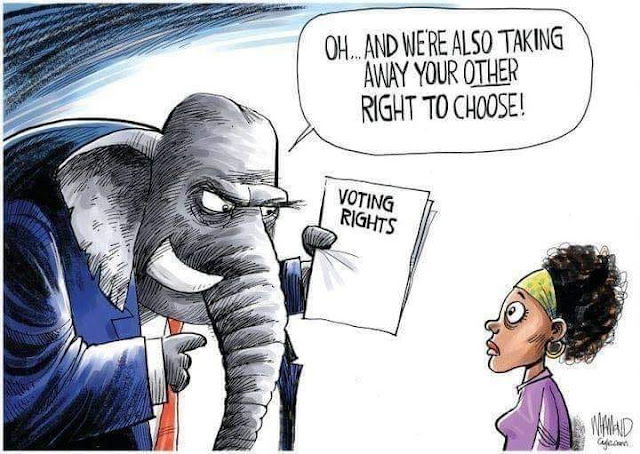 A Tune for the Times 0

Though Trumpers constantly like to talk about Biden’s supposed cognitive decline, with such a limited intellect to start with, Trump’s decline is much harder to notice, since his intellect never raised to any great height. (Just ask his former professors, who have been quoted saying such things as “He was the dumbest SOB I ever taught.” Not a resounding academic endorsement.)

Recently, at a rally, Trump couldn’t remember the name of the candidate that he’d endorsed in the Republican primary for U.S. Senate. He has endorsed J.D. Vance, but he said “We’ve endorsed JP…. or JD. We’ve endorsed J.D. Mandel and he’s doing great.” Josh (Not JP) Mandel is running in the primary AGAINST Trump’s endorsee. Trump created a new Frankenstein candidate, using parts of J.D. Vance and parts from Josh Mandel. Perfect really, since each one is only good for spare parts.

From the spam commenter:

Hmm it seems like your website ate my first comment (it was super long) so I guess I’ll just sum it up what I submitted and say, I’m thoroughly enjoying your blog. I too am an aspiring blog blogger but I’m still new to the whole thing. Do you have any tips for first-time blog writers? I’d definitely appreciate it.

Yes indeedy-do. And it will continue to eat your spam comments and spit them back out.

The spam was not in the faux comment itself; that seemed innocent enough, like the quotation above. It was in the commenter’s (purported) email address, which linked to a hinky website.

Fortunately, I have software that catches the creeps and quarantines them so I can evaluate (and delete) them at my leisure. You have no idea how many creeps it has caught since I first blundered into the blogosphere a decade and a half ago. Heck, neither do I! But it’s well into the hundreds, if not the thousands.

Said software has served me and my two or three regular readers well.

The CliffsNotes History of Mankind 0