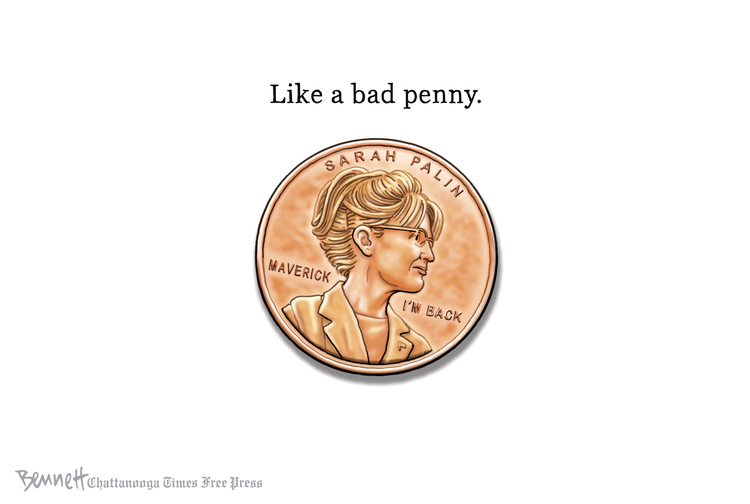 Somehow, one doubts that this is what John McCain would have chosen as an enduring legacy.

I disagreed with many of McCain’s positions and certainly did not support his campaign for the Presidency, but I found him a person of integrity–a characteristic that seemingly can no longer be attributed to persons in his political party.

February 7, 2019 | Posted by: Frank | Posted in: "That Conversation about Race", McMaverick, Politics of Hate | Bookmark this post

The Mixed Legacy of John McCain 0

If you have followed this blog since before the 2008 election, you know I was not a particular fan of John McCain’s politics and political behavior. I have long believed that his reputation as a “maverick” was based more on appearances than on actions.

Nevertheless, he remained one of the few men and women of principle in a party that seems to have abandoned even the pretense of principle. Badtux points out that he did from time to time choose to stand up for polity above party, perhaps most notably during the last two years, which alone makes him stand out from his fellow Republicans, even as his maverick reputation was overblown and undeserved.

All this is by of pointing you towards a long and thoughtful consideration of McCain’s political career over at Shaun Mullen’s place. He expresses well what I would only express poorly.

Dick Polman looks back over this week in the Trumpling. A snippet:

The death of the (ACA–ed.) repeal crusade — thanks to Republican dissenters Lisa Murkowski, Susan Collins, and John McCain (at this point, what can Trump do to him?) — marks a great day for America. McCain, casting the pivotal No and atoning for his tendency to talk rebellion and vote tribally, did a big favor for the many Republicans colleagues who hated Mitch McConnell’s craven repeal manuevers but hesitated about voting No. The big lesson last night is that the Republican Senate doesn’t fear or respect Trump; in the end, it opted to humiliate him.

Indeed, humiliation turns out to be the theme of the week. Finally, we’re starting to see some pushback, on virtually all fronts . . . .

By the by, I must admit that I am pleasantly surprised the John McCain finally did something McMavericky. It’s been a long time coming.

Solomon Jones marvels at the obtuseness of John McCain.

McCain, who was recently diagnosed with brain cancer, had a tumor removed at the Mayo Clinic, thanks to the taxpayers who provide his salary and pay for the health-care benefits he receives as a U.S. senator. Just 11 days after that surgery, McCain traveled from Arizona to Washington to snatch health care from the very people whose taxes saved his life.

I find it puzzling that John McCain has managed to keep a reputation (at least among the media) for being a mavericky statesman, as for the past two decades his record is one of toeing the Republican Party line.

Steven M. notes that John McCain seems to want to bomb everyone. I forgot to tune into the FDIC last night to see the parade of fiscal responsibles being honored for their acumen at destroying jobs, money, and trust(s).

I shall recognize them now for their mastery of the universe.

These banks are now blanks:

Invasion of the Clicker Snatchers 0

Joseph Stiglitz points out the doube-standard of foreclosure fraud. Banks expect homeowners to obey the law, while the banks disobey it. A nugget:

The procedural shortcuts, incomplete documentation and rampant fraud that accompanied banks’ rush to generate millions of bad loans during the housing bubble has, however, complicated the process of cleaning up the ensuing mess.

To many bankers, these are just details to be overlooked. Most people evicted from their homes have not been paying their mortgages, and, in most cases, those who are throwing them out have rightful claims. But Americans are not supposed to believe in justice on average.

The Rule of Law Unraveled 0

If the law is not the same for everyone, we do not have rule of law.

Keith Olbermann described the importance of the rule of law last night while criticizing the willingness of John McCain (and others) to throw out the liberties of some.

Here is the key part of the transcript. It’s a good description of the importance of the rule of law:

This man — whatever other reprehensible thing he appears to be — is an American citizen!

And if you can decide that he shouldn’t have the same rights we would give to the man who shot President Reagan, or to serial killers, or to Bernie Madoff, then the precedent that you set can some day end thusly:

Some day, for some reason, somebody will be able to arrest you, Mr. McCain, and declare that you are not entitled to your Miranda rights, and that perhaps you should be tried by a military court.

While you pander to a group that tries to dress up its bitching about paying its fair share of taxes as “the government is taking away freedom,” you propose that the government should take away… freedom.

You shame yourself in the eyes of American Patriots, and in the eyes of your fellow veterans who sacrificed, and the honored dead who gave their lives, to protect the freedoms and the laws you have today suggested should be optional!

For practical purposes, the law is not the same for everyone. Shoplifters with public defenders do not face the same odds as Wall Street banksters with $1500-an-hour defense lawyers.

Nevertheless, a thread in the story of America has been the struggle to make the law the same for everyone; now, at least, that shoplifter does get a public defender.

To rip that thread from the fabric of the story for some would be to do so for all.

The portion quoted above starts about 55 seconds into the video:

Visit msnbc.com for breaking news, world news, and news about the economy

Via TPM, which has a montage of McCain’s McMavericky statements.

Reacting to this interview with Willaim Ayers, Dan Kennedy writes in the Guardian (emphasis added):

Ayers . . . came across as intelligent, sympathetic, multi-dimensional and reflective – in other words, like an actual human being. He expressed regrets about his 1960s radicalism, though in a selective and self-regarding manner – again, like a human being. And if he’s not quite the wonderful person he portrayed himself to be – indeed, his limited contrition seemed artfully designed to underscore his wonderfulness – he nevertheless convinced me that his crimes were minor compared to the useful life he has led.

Which makes it all the more reprehensible that John McCain and Sarah Palin would single this man out, holding him up as an object of hatred as the crowds they had whipped into a frenzy cried, “Kill him!” The McCain-Palin ticket may be history, but the rage it unleashed lives on.

“Now that the campaign is over, have the death threats stopped?” (interviewer Terry–ed.) Gross asked Ayers.

“I’m not sure,” Ayers said, “but I’ve gotten a lot of threats that talk about civil war and the fact that we now have a socialist government and that the war is on. And I send all of these threats to the police because I don’t know how to handle them”.

TPM via the Booman.

Them What Has, Gits 2

Early in 2007, just as her husband launched his presidential bid, Cindy McCain decided to resolve an old problem — the lack of cellular telephone coverage on her remote 15-acre ranch near Sedona, nestled deep in a tree-lined canyon called Hidden Valley.

By the time Sen. John McCain’s presidential bid was in full swing this summer, the ranch had wireless coverage from the two cellular companies most often used by campaign staff — Verizon Wireless and AT&T.

Verizon delivered a portable tower know as a “cell site on wheels” — free of charge — to Cindy McCain’s property in June in response to an online request from Cindy McCain’s staff early last year. Such devices are usually reserved for restoring service when cell coverage is knocked out during emergencies, such as hurricanes.

GRAPHIC: After a request from Cindy McCain, Verizon Wireless proposed installing a cell tower close to the couple’s home near Sedona, Ariz.

In July, AT&T followed suit, wheeling in a portable tower for free to match Verizon’s offer. “This is an unusual situation,” said AT&T spokeswoman Claudia B. Jones. “You can’t have a presidential nominee in an area where there is not cell coverage.”

H/T Karen for the link.
So, just what do you think would have happened when you called up Southwestern Bell Cingular AT&T or Verizon and said, “Look, I don’t get any cell phone coverage here at my place. Can I have my own cell tower?”

Think they would have said, “Sure! Here! It’s on the House Senate. Just tell us where you want it”?

If you do, wanna buy a bridge?

The McCain Smear Machine Marches on. 1

A McCain-Palin ad claims Obama was rated the “most liberal” U.S. senator, which was true only for 2007 but not for his entire Senate career. He was rated 10th and 16th in his two previous years.

The ad also misquotes Obama. It says he defended himself against the “most liberal” rating by saying “they’re not telling the truth” and “folks are lying.” Actually, Obama said McCain and Palin weren’t truthful about the “Bridge to Nowhere,” and he was correct. And his “folks are lying” remark referred to anti-abortion groups that accuse him of favoring “infanticide” because of votes he cast in the Illinois state Senate.

After twisting Obama’s words, the ad accuses him of being “not presidential.”

Well, maybe. Given the record of the Current Federal Administrator, I guess lying is the presidential thing to do.