Down the road a piece, there is a judge who has sued a dry cleaner for $54,000,000 because, alleges the judge, the dry cleaner lost the judge’s pants. That turned out to be the primary subject of an online chat featuring Marc Fisher, a columnist for the Washington Post. The chat is a hoot to read, but it also got serious.

As preface, one of our neighbors just got a nice wooden gym for his daughter. More landscaping was being done today, and we were wondering what was being done. One of our theories was that he was getting extra fall protection installed under it, because (in my words) “everyone is afraid of liability.” (Full disclosure: Turns out he was just getting some sod around the edges of the play area.) 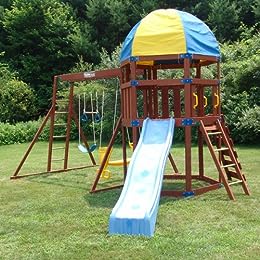 But Mr. Fisher honed right in on this type of thinking in his chat (emphasis added):

. . . as a society, we’ve done a terrible job of shielding ourselves from the idea that we must act to protect ourselves from liability rather than to do the right and humane thing. This is true in virtually every aspect of contemporary life: schools, churches, businesses, real estate, government. Wherever you turn, whether it’s the neighborhood playground or the workplace, decisions are made because of some lawyer’s advice that you could be sued, rather than because of what’s right and in the interests of the community.

I have seen this in corporate life, where decisions are based, not on the right action, but on the possibility that some bozo with enough money might sue. And in private life.

And the public contributes to it, with the thinking that, whenever something goes wrong, there must be someone to blame and that someone should, by God, pay.

And, you know, that’s just not right.

Sure, there’s plenty of times when there’s someone to blame. Think of just about everything touched by George W. Bush. Think about melamine in pet food. Melamine in people food.